An experienced Foodmach team member was on a visit to the winery and noticed that the palletisers were not keeping up with the rate of cartons coming down the line.

As a result, the packs on one bottling line were being split to go to two palletisers, and only one line could be used at a time.

Brian Mahlknecht, Packaging Engineer, De Bortoli explains: ‘We were basically hamstrung: we either had to run both lines much slower than we wanted to, or shut down one line completely to run the other at high speed.’

Foodmach conducted a palletiser efficiency audit and worked with De Bortoli to find a way around the issue.

Prefer to read offline? Download the case study instead 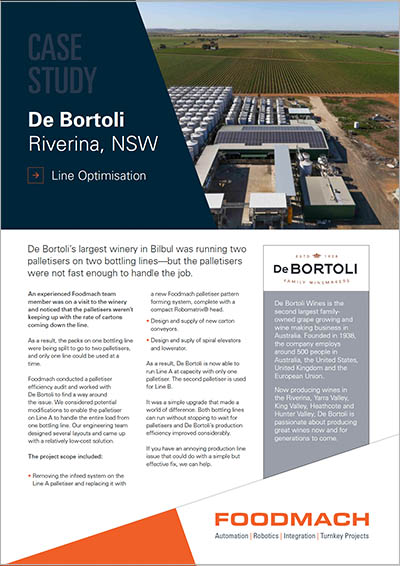 Foodmach engineers considered potential modifications to enable the palletiser on Line 1 to handle the entire load from its bottling line. The team designed several layouts and came up with a relatively low-cost solution.

Brian Mahlknecht: ‘Thanks to the new system, Line 1 can now run at capacity with just one palletiser, the other being used for Line 2.’

It was a simple upgrade that made a world of difference.

Bottling lines 1 and 2 can run without stopping to wait for palletisers.

Once the pattern is complete, it is driven to the sweep bar where the layer is placed onto the pallet.

Robowizard® pattern forming software allows the operators to make adjustments to each layer and implement new pallet patterns quickly and without the need for further resources.

The software uses a simple drag and drop interface, no complicated software engineering required. This flexibility means that De Bortoli can change pack sizes or pallet configurations with ease.

Brian Mahlknecht: 'Since the installation, we’ve upped the efficiency significantly on both lines.’

Founded in 1928, the company employs around 500 people in Australia, the United States, United Kingdom and the European Union.

Foodmach is the fastest way to get control of your packaging line.

If you have an issue with your production line that could do with a simple but effective fix, we’re here to help. 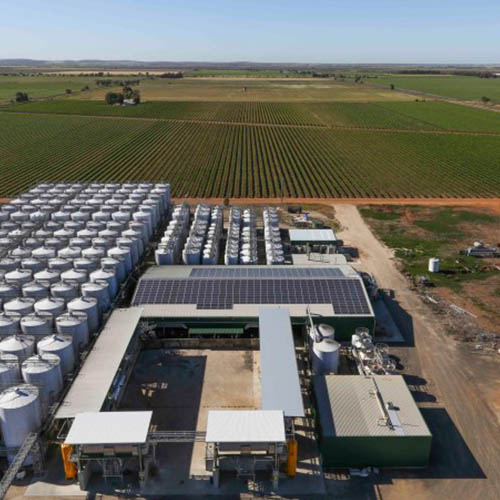 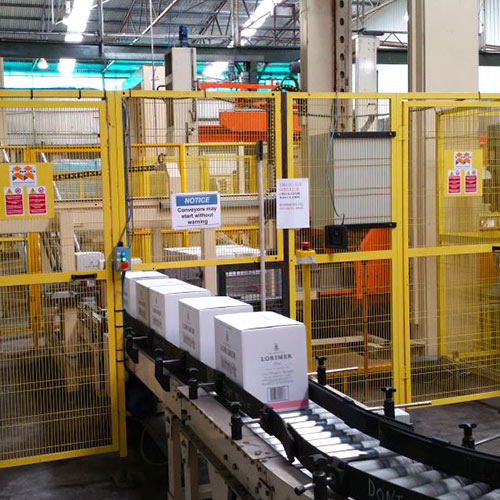 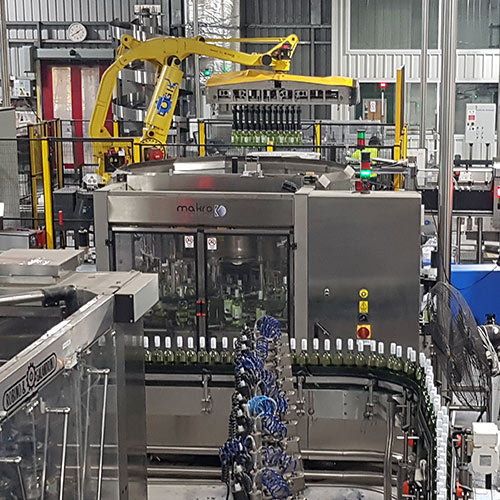 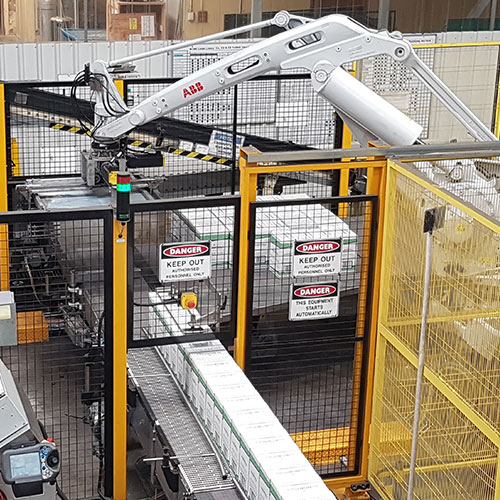 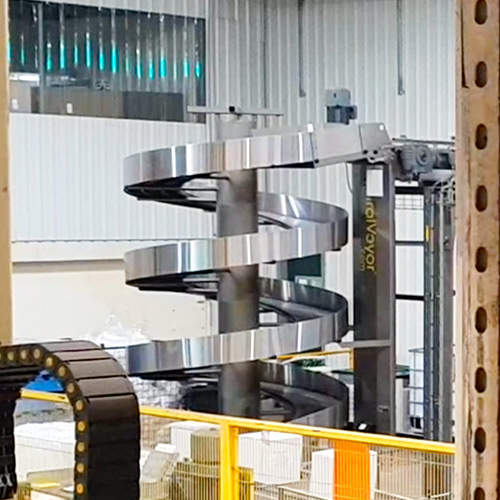 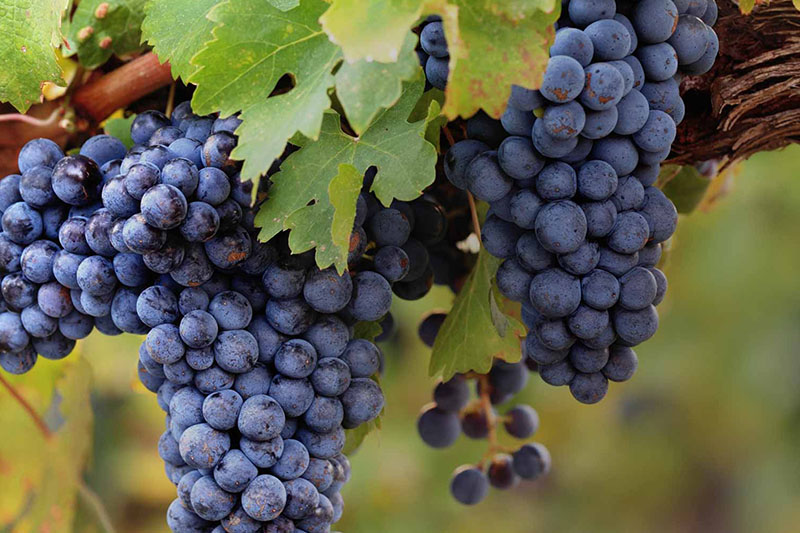 See how i4.0 integration accelerated AVL's production and product innovation. 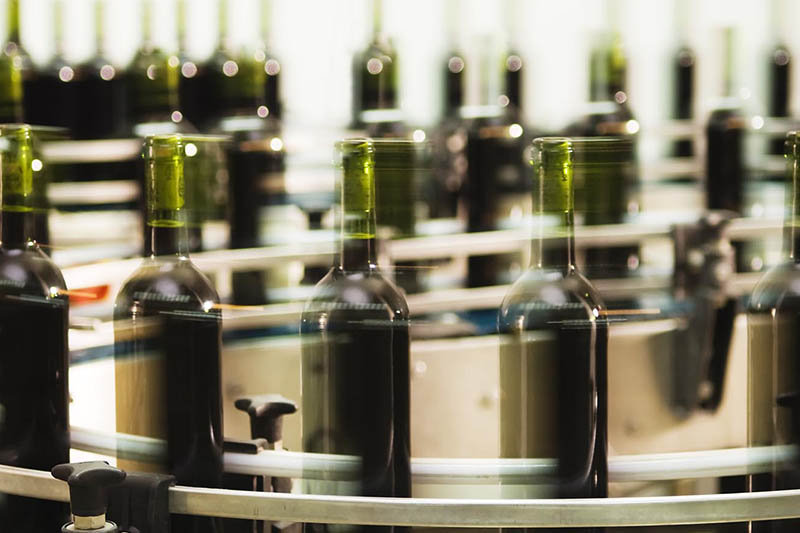 Is your bottling line optimised to its full potential with speed, control and flexibility? 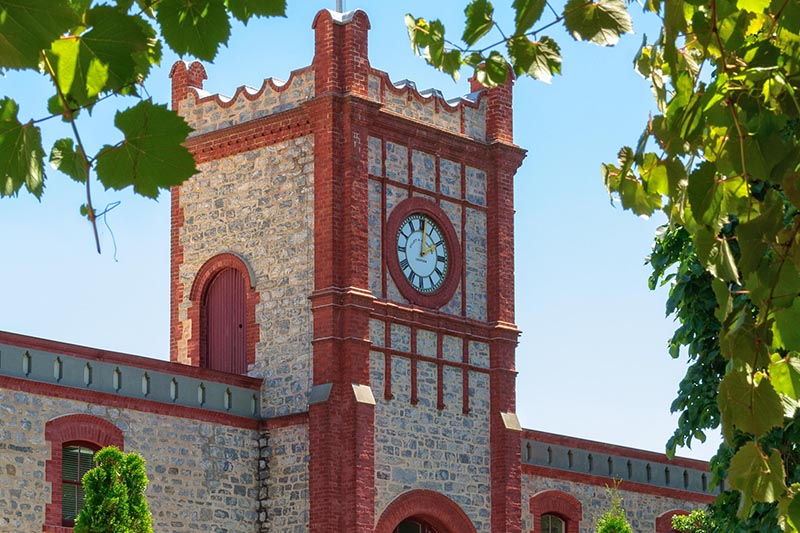