Established in Hindmarsh in 2014, South Australian craft beer brewer Pirate Life was acquired by Carlton & United Breweries (CUB) in 2017. Plans for large-scale expansion and quadrupling of production through a new facility in Port Adelaide were well advanced prior to the acquisition and proceeded quickly after the takeover.

A $15 million Port Adelaide brewery and canning facility was touted to be the engine behind Pirate Life’s expansion into the Australian and international beer markets.

The vast 10,000m² floor space of the former Dalgety Wool Store was transformed into a customised, energy-efficient, 50-hectolitre brewhouse complete with a packaging facility, taproom with a 22-yard bar, shop and entertainment area.

At full capacity, the Port Adelaide Brewery is designed to produce over eight million litres of beer annually.

Pirate Life co-founder Michael Cameron said that the brewery intended to produce between 40 and 45 new beers in its first year of opening.

Pirate Life’s fully automated brewery needed a canning line equal to the task. It had to be fast enough to be able to manage current and future demand for Pirate Life brews and flexible enough to keep up with changing packaging formats and pallet patterns.

The Foodmach team has developed its beverage expertise by designing and installing canning lines at large operations running at 1000 to 2000 cans per minute.

Although Pirate Life runs at 15,000 cans an hour or 250 cans per minute – which is 15 per cent of the speed of a big canning line at a larger brewery – applying those learnings around line control and accumulation to smaller craft brewers such as Pirate Life results in extra output and efficiency without extra capital expense.

Pirate Life had ordered some excellent pieces of equipment to automate its production line, but even top-of-the-line equipment is only as fast and efficient as the conveying and upstream/downstream equipment. The overall packaging line speed all comes down to the integration.

Foodmach custom-designed the Pirate Life canning line for optimal results based on space and budget.

The project scope included the design and supply of a conveyor system, including conveyor interfaces with third-party equipment, and a can depalletiser and Robomatrix palletising system.

All equipment was installed and commissioned by our team and integrated with a new filler, case packer and other OEM equipment.

The aim of any skilled integrator is to prepare manufacturers for Industry 4.0 integration.

The new Pirate Life canning line is LMES Ready, to allow for future integration of a Line Manufacturing Execution System.

With the horizontal (machine to machine) line integration in place, it’s a much simpler task to add in a plant metrics reporting tool and vertically integrate with higher-level management systems.

The new line is a few simple steps away from becoming a smart factory.

Flexibility is critical for any new packaging line. The Robomatrix palletiser features Foodmach’s Robowizard pattern forming software, which allows the operators to make adjustments to each layer and implement new pallet patterns quickly and without the need for external resources.

The software uses a simple drag and drop interface, no complicated software engineering required, which means that Pirate Life can change pack sizes or pallet configurations with ease.

The new trend for slim cans will easily be accommodated in the future if required.

There’s almost just as much art to gentle, automated container handling as there is to brewing craft beer.

The right conveying and accumulation ensures the cans at Pirate Life are in mint condition throughout the canning and packaging process.

The automatic depalletiser Foodmach supplied to Pirate Life is a robustly built machine, with the innovative technology and design elements commonly supplied in machines for high-speed breweries.

It includes automatic pallet changeover (no down-time when changing pallets) and strap removal station, and a sweep with integrated layer squarers controlled by a variable speed drive for smooth transition of the cans on to the conveying system. It incorporates an automatic top frame and layer sheet removal system and clamps to hold the sheets when sweeping the layer.

The CAT 3 safety rated machine with hoist locks and electrical hardware ensures safety compliance with AS.4024

Safety is a major consideration for craft brewers.

When it comes to an accident it doesn’t matter if you’re a large multinational or small operation. The consequences to employees and the legal liabilities of the directors remain the same.

The new canning line has enabled Pirate Life’s proposed expansion and has facilitated exports to international markets including the United Kingdom, New Zealand and Hong Kong.

An issue for beverage manufacturers buying equipment through a broker is that no one owns any installation or operational problems once the equipment lands on the factory floor.

Using a turnkey supplier that offers integration expertise ensures that not only are OEM suppliers negotiated with and deliveries managed; the equipment is installed correctly, integrated with the entire line and an overarching control system, and then commissioned. The integration team is on-site and takes full responsibility for the entire line’s speed and reliability, dealing with start-up issues as they arise.

Using an integrator with Industry 4.0 expertise takes it one step further.

An integrator with in-house skills can help you move closer to Industry 4.0, where all the equipment, sensors, software and analytics data on your new line are connected through the Internet of Things.

The entire production line can be controlled by a line management system that visualises the whole system and recommends or makes decisions independently.

While manufacturers may not want to invest in all the bells and whistles now, having their production line i4.0-enabled makes economic sense.

PALLET WRAPPING – THE NEED FOR SPEED

A correctly-specified pallet stretch wrapper can easily keep up with overall production without creating a backlog of unwrapped pallets. It will also reduce film usage and reduce damaged product in transit.

Foodmach partners with global leader in stretch wrapping, Robopac, to provide a variety of styles able to handle up to 130 pallets per hour, with fully integrated systems including pallet tracking and labelling. Robopac’s Cube Technology™ applies precisely the right amount of film in the correct position with the right containment force.

It provides 30-55% film savings using multi-variable pre-stretching of film, which is strategically placed where it has the greatest impact on load containment.

The system Foodmach installed at Pirate Life provides an additional station at the infeed to the pallet wrapper, which allows operators to introduce pallets of kegs from the adjacent keg filling line through the stretch wrapper.

The station was a clever addition suggested by Chris Yule, our National Sales Engineer, that means Pirate Life can wrap its increasingly popular kegs on demand.

If you have a need to increase your speed, our team is happy to come and discuss the options. 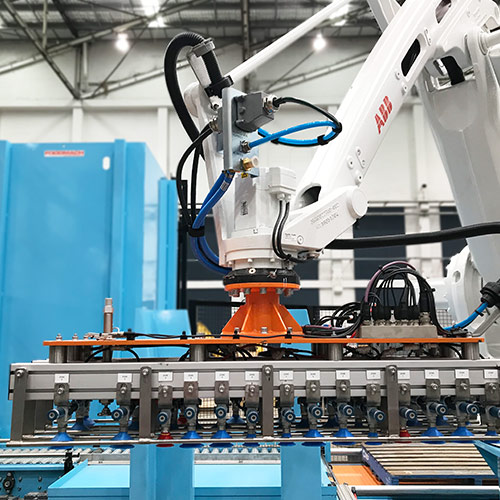 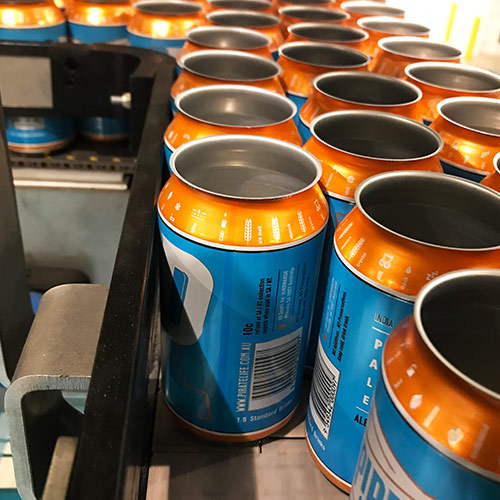 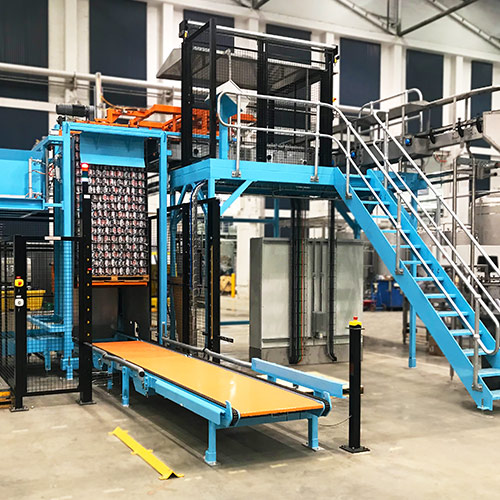 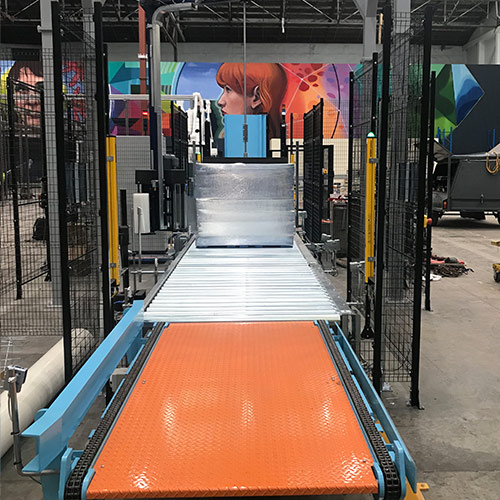 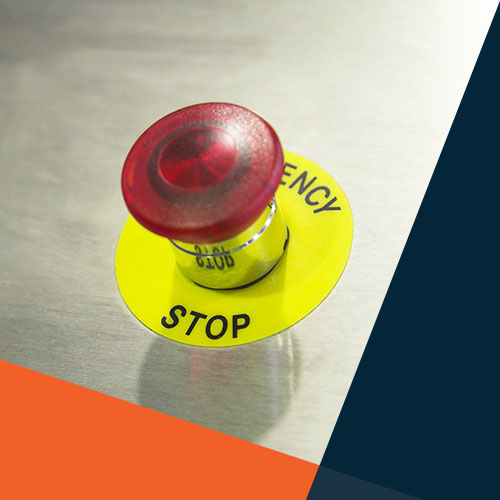 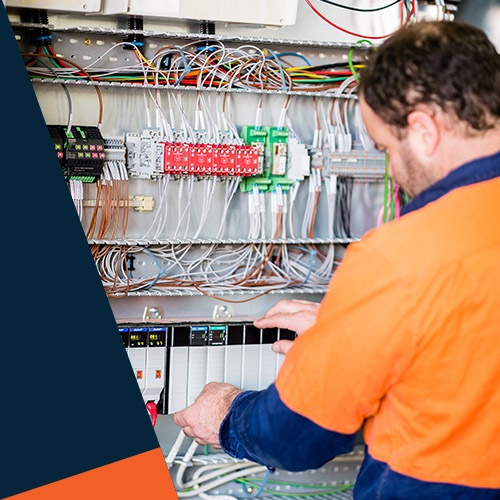 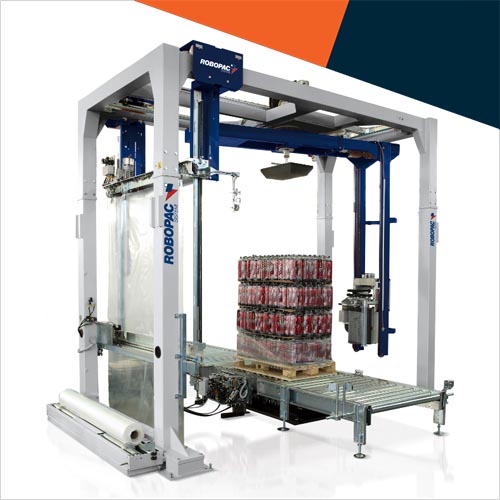 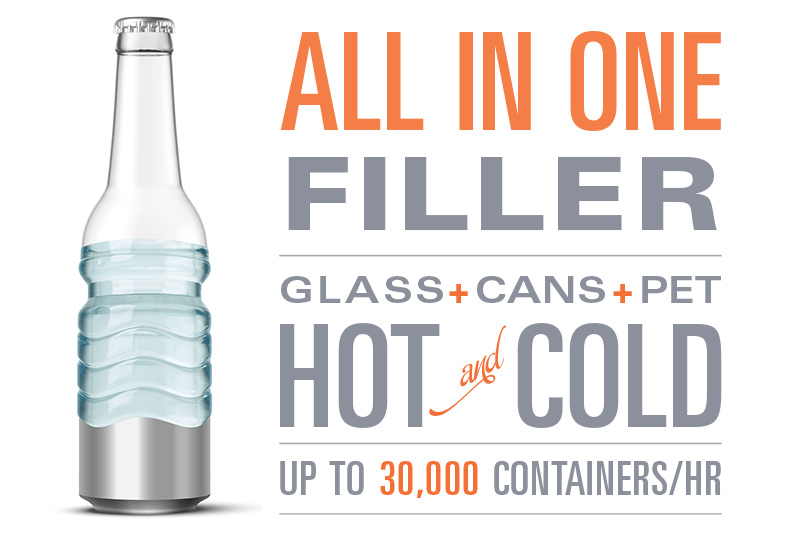 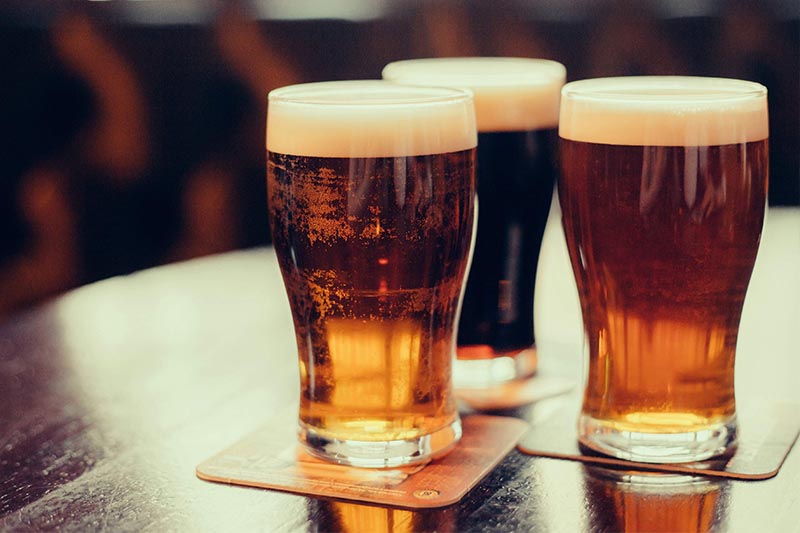 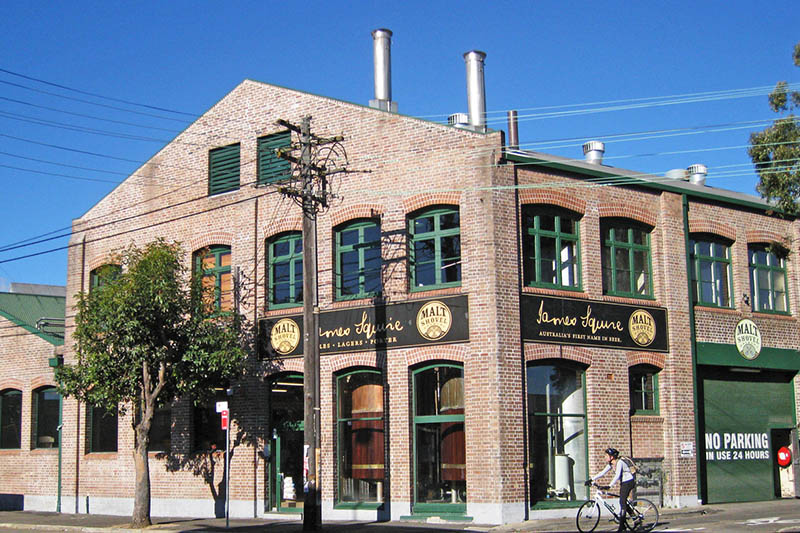